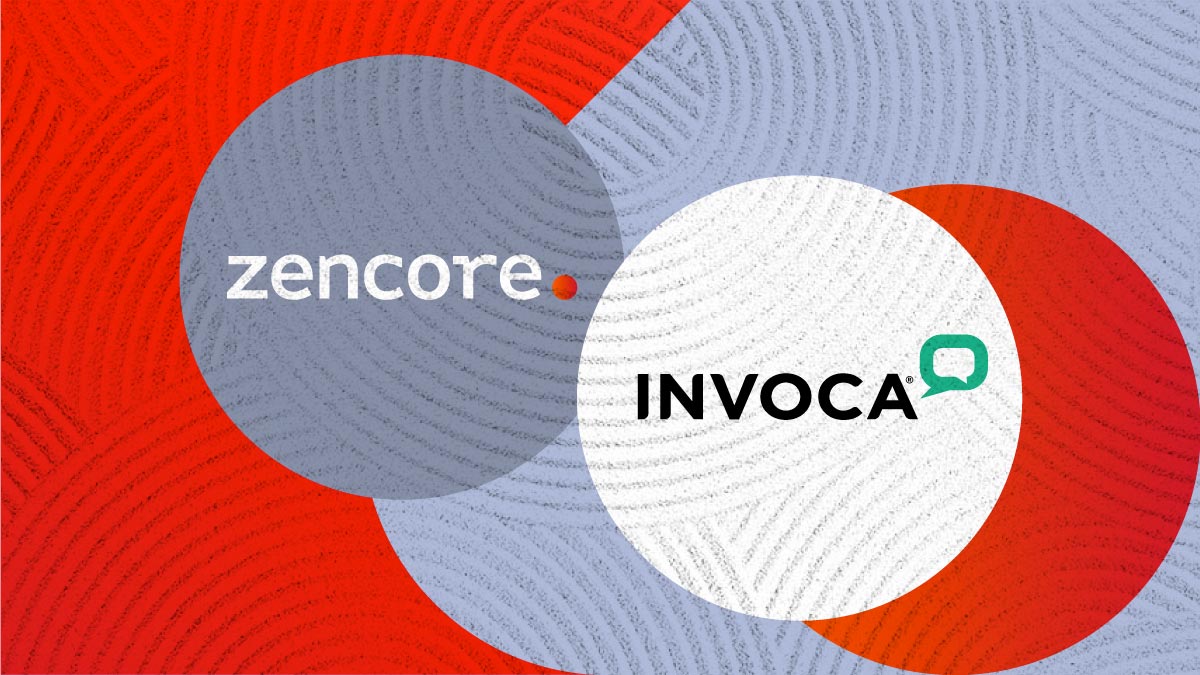 After inheriting hundreds of physical servers, Invoca decided to move to the cloud. With help from Zencore, they migrated to Google Cloud without disrupting customers' important calls.

As the shape and function of telephones has changed, telecommunications businesses have had to change with it. This is how Invoca started their path to becoming the leader in integrating human interaction with AI data collection and response.

But while their approach to telecommunications was modern, after an acquisition, they were challenged with a data center needing to be maintained and substantial tech debt that needed to be addressed in order to achieve a low effort maintenance schedule. Of the around 300 hand-configured rack servers, over 200 had no automation, making the tasks of ongoing maintenance and management much more difficult and time consuming. Finding enough engineers that knew the hardware maintenance and networking expertise that data centers required compounded the challenges. And any outages that did end up occurring, despite all the maintenance investments, would cost time and money — as well as potentially harming Invoca customers' businesses.

With a system built for heavy traffic — representing tens of millions of dollars of revenue flowing across that platform with thousands of users, and thousands upon thousands of concurrent phone calls on a daily basis — it was clear that they couldn’t rely on the physical infrastructure indefinitely. But since Invoca’s platform uses custom, interlinked programs, they also couldn’t use a one-size-fits-all cloud migration approach. They needed a partner who understood the cloud and could find solutions to their unique challenges. This is what brought them to Google Cloud and our partner, Zencore.

“Fantastic experience working with Zencore to help us accelerate a migration of an acquired platform. Worth noting that I am a staunch believer in needing expertise embedded on teams for the services they own. This results in rarely leveraging outsourced expertise to assist. In this case we did and the ability to embed the changes back on the team was a low barrier for us to overcome. This speaks to the work that Zencore did as well as how they integrated with the Invoca team to handoff changes.”

When they started looking for vendors, Invoca already had a SaaS platform running on Google Cloud, but they still wanted to do their due diligence for this new project. And when they compared us against other cloud providers, they were impressed with what we had to offer. As James Brown, Sr. Director, Infrastructure & Security at Invoca said, “From a hardware perspective, Google is just better, hands down. They have live migration built into it – which means if the underlying hardware for a VM is having an issue, they silently migrate your workloads behind the scenes to new hardware so there is zero interruption on your end – so we knew that meant we’d have far fewer, if not zero, downtime issues due to hardware.”

Another major differentiating factor was the migration speed each cloud provider offered. The other cloud provider’s partner they explored said that migration would take at least a year, while we said that we could complete their migration in three to six months. Considering they were already considering expanding their usage of Google Cloud for other uses, this made it clear that we were the provider they would work with.

During negotiations, we suggested that they work with our partner, Zencore. Invoca’s initial plan was to meet with the subject matter experts at Zencore to come up with a lift-and-shift migration plan, and when it was time to move, Invoca would shift the burden back into their own team. When they discovered the Zencore team’s technical expertise, however, Invoca decided to work with them throughout the process and pull them into future projects as well.

As Brown says, “We deal with telecom, so the idea that we’d be transporting this old technology with hardly any engineers left who do that was very nerve-wracking. The fact that Zencore were able to do this was very impressive.”

We’ve got a very firm philosophy that’s deeply rooted in DevOps culture. You need deep-seated technical expertise in the critical systems you’re working on. When we worked with Zencore, it was clear that they had done this before but also that they understood we needed to work very closely to embed that expertise back on the team.—James Brown, Sr. Director, Infrastructure & Security, Invoca

Since the Invoca platform is made up of custom, interlinked programs, the intention was always to perform a lift-and-shift migration, using open-source solutions to bridge the gap between the physical servers and the cloud. Since Google Cloud has been an early adopter and proud contributor to the open-source ecosystem, we had the knowledge to help with this.

The optimistic goal for the migration was set for four months, which meant that together we would have to get the full Invoca platform off the outdated, worn down physical servers into the cloud by the deadline so they could start moving over the data on thousands of users. By the time we were done, it was indeed completed just under the tight four-month deadline.

“I think the key to success was being able to adapt to unexpected needs as we went along,” said Brown. “Due to the complexity of the move, things came up that required flexible solutions. There were so many moving pieces and tools, so working closely with Zencore’s technical team was a big part of that success.”

If a server goes down and an important, multi-hour call is disconnected, it can be very costly. Now that our call servers are in a Google environment, even if there’s an outage, the call still goes on without anyone noticing it.”—James Brown, Sr. Director, Infrastructure & Security, Invoca

Of all of the benefits that Invoca got out of the move, Brown says the most satisfying part was dismantling the physical infrastructure and selling it off. Beyond the catharsis of this act, Invoca noticed some immediate financial and technical benefits after the migration.

Even just a lift and shift was hugely advantageous to us,” Brown says. “Not having to deal with hardware degradation and networking saved money and freed our engineers up. And since Google Cloud has their live migration feature, if any issues come up in the hardware, the service keeps running without our customers even knowing it. This is hugely important when dealing with telecom software as it relates to active calls.

The move to the cloud also helped bring the company together after the acquisition. Since employees didn't have to keep driving out to data centers to maintain physical servers and equipment they could concentrate on working together on forward-looking projects. It's been a real boon to employee morale, productivity, and innovation.

This demonstrated success has convinced Invoca to move more of their business to Google Cloud moving forward. Since Kubernetes runs through much of their business, Google Cloud and Google Kubernetes Engine will be strong fits for their needs, and will open up even more opportunities to free up staff from management and maintenance, so they can instead focus their valuable energy elsewhere. And, as importantly, they know that when they move forward with future shifts, they have two partners that they can trust in Zencore and Google Cloud.

Invoca is the cloud leader in AI-powered conversation intelligence for revenue teams. Their platform gathers data from each digital touchpoint and human interaction with deep integrations with leading technology platforms. With this, marketing, sales, customer experience, and ecommerce teams can create better customer experiences with more conversions and higher revenue.